I’d estimate that about 95 percent of my female friends have been on a diet at one point or another, even the naturally skinny types with perfectly functioning thyroids and a running habit. One could be forgiven for thinking, since we ladies spend so much time on diets, that we love being on them, despite our complaints.

One explanation, of course is that we diet because of distorted body image, thanks to magazines and TV. I don’t think that’s it, at least not entirely. My theory is that many of us diet because it’s the only time in which it’s socially acceptable to turn our focus completely inward. When you’re on a diet, you’re giving yourself permission to say no: no, I won’t have that cake; no, I can’t go to that drinks outing; no, thank you, I’d rather stay home and do half-assed pilates off of a program I found on Hulu.

The rest of the time, most women have a lot more social and familial obligations than most men. Not that those go away while we’re dieting, of course. But we’re giving ourselves permission to spend a lot of time thinking about ourselves — what we’re eating, how we’re feeling, how we look.

I understand, also, that this could be taken to an extreme. That’s one reason why I waited for Haylie’s book to come out before I tried yet another diet. Even if every phase isn’t a ton of calories, it’s a lot of eating. I felt like it would be difficult for me to get into bad habits of thought (e.g. “juice is totally a meal”) on this diet that would lead to me becoming both overweight and unhappy down the line.

In other important news, although I’m holding steady, weight-wise, from yesterday, my skinny jeans now fit. I think I might notice a difference on the scale tomorrow.

How are you all doing this fine day? 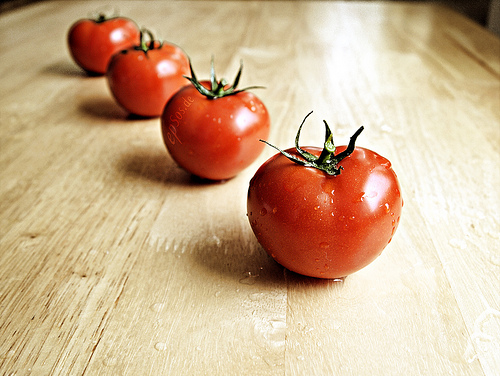 24 thoughts on “Day 11 of the Fast Metabolism Diet: Do Women “Love” Dieting?”