My baby is sleeping on me right now.

This is semi-against the rules, because we’re trying to get her used to sleeping in a crib so I can get more work done. But she’s teething and I hope to God one of these teeth break out soon, because we’ll all be in the funny farm by next week otherwise.

Baboo is actually a pretty good sleeper, as these things go. She generally goes to bed around 9 or 10, after only two or three hours of coaxing and cajoling, and sleeps until 5 or 6 am, with only one wakeup during the night.

This would be plenty of sleep, but I’m a freelancer, and I generally have about two hours of work to do after she goes to bed. So I don’t go to sleep until midnight, and am typically running on about four hours of broken sleep after my nights on.

Adam and I alternate, to spread the suffering. But while his job involves long hours and impossibly early wakeup times, it doesn’t require working late and then getting up at the crack.

So I am beat. It’s pretty bad, you guys. It’s at the point where I’m afraid to drive a car or operate heavy machinery. The other day, I swear to you that I fell asleep while I was pushing the baby carriage. Just blacked the fuck out for about a minute and a half and woke up a block later.

I told Adam that and he said, “OK, we have to make some changes. You can’t be that sleep-deprived all the time.”

We eventually settled on trying to get Baboo to sleep in her crib at naptime, which she’d prefer not to do, because it’s nicer to snooze on Mommy and Daddy. But then I started breaking the rules because I’m weak and her tooth hurts.

Meanwhile, several people have been kind enough to share with me that their little angel sleeps 15 hours a night, in a crib, uninterrupted, and takes naps at the snap of a finger.

Actually, I’m reasonably sure some of them claimed their baby was clicker-trained, like a particularly smart show dog. But again, I’m sleep-deprived, so take my memory for what it is: very shoddy and not to be trusted. 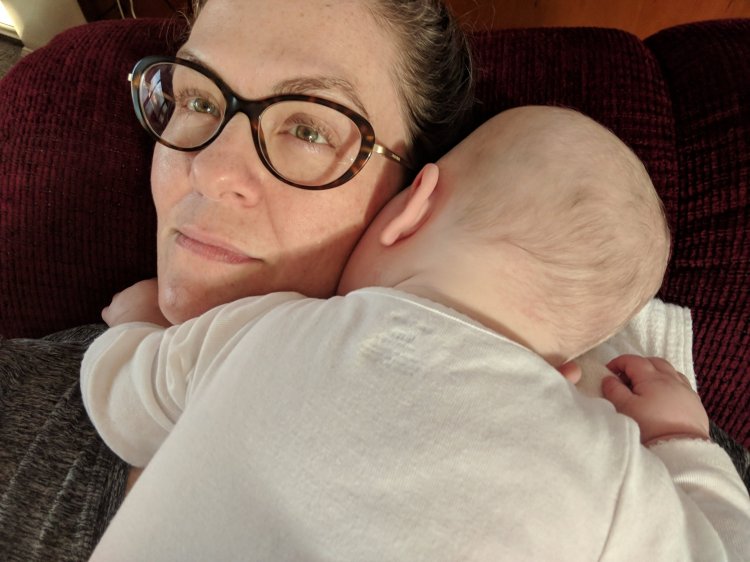 2 thoughts on “Your Baby Doesn’t Sleep, So Just Stop Lying About It”